After a packed week of learning, reflection, discussion and inspiration, IFLA’s World Library and Information Congress 2018 closed on a high note.

Looking back on a conference that brought together more than 3500 delegates from over 110 countries, and that saw over 250 open sessions, 120 poster sessions, 600 speakers and many exciting announcements, IFLA President Glòria Pérez-Salmerón thanked the National Committee for their outstanding work in organising such a successful event. 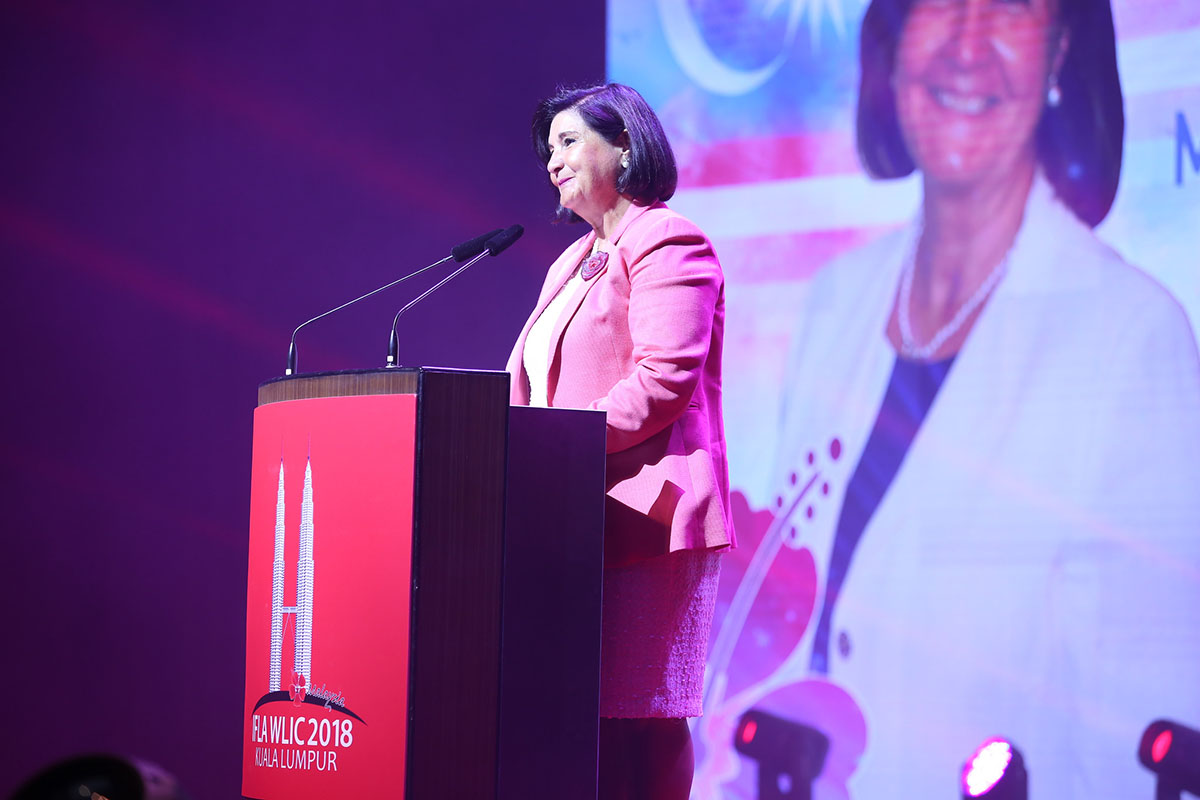 “I am convinced that we are the beginning of a movement… We are building a better world. Not only with nice words, but through concrete steps to build a stronger, more inclusive IFLA. A trusted voice, a strong voice, a reference point for us all’. 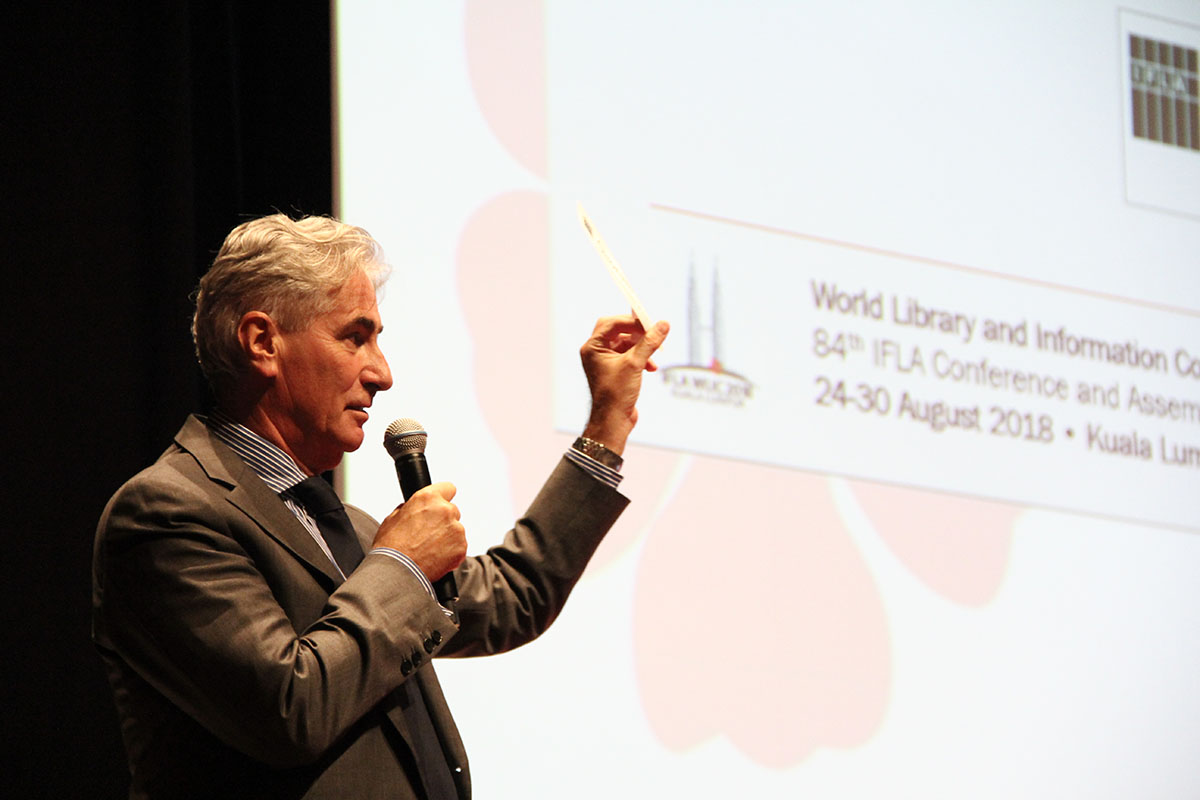 IFLA’s Global Vision discussion has provided the opportunity for an incredible, inclusive global conversation with librarians and library friends around the world. At WLIC 2018, IFLA both launched the full report of the first phase of the vision, and took this work to the next level with the launch of the Ideas Store.

The Global Vision Report provides a detailed, transparent report of the findings of the first phase of this initiative. This work provides the energy for change, both of IFLA, and the library field worldwide.

Unveiling the 756-page publication, IFLA Secretary General Gerald Leitner proudly declared: “No other organisation in the field of culture, education and science in the world has been able to launch such an inclusive and democratic process worldwide.

“The IFLA Global Vision report is the manifestation of new idea of IFLA and of the power and potential of a united library field.”
​IFLA Secretary General Gerald Leitner

The Ideas Store offers every librarian and library supporter around the world a chance to build together a vision for the future of libraries. Participants at the congress gave an enthusiastic welcome, with contributions pouring in both on paper and online.

With the Ideas Store website available in seven languages, now is the time to share your ideas and join the conversation. The website will be open for submission until 30 September 2018.

Explaining how the Ideas provided will inspire IFLA’s Strategic Framework for 2019 – 2024, IFLA Secretary-General Gerald Leitner underlined that the Ideas Store will also represent a great resource for the global library community.

He concluded: “But we are just at the beginning. For the realisation of all the great opportunities which the Global Vision Report identifies, we need all of you. Your ideas and your actions.”

In line with the commitment to become a more inclusive and accessible organisation, IFLA once again live streamed highlights of the WLIC to a worldwide audience, without charge. Over more than 17 hours, nine sessions were streamed live, and are available on demand. Including, for the first time, four key sessions organised by IFLA’s Professional Units.

The results were breath-taking! More than 100.000 people around the world, in over 70 countries in all continents followed the live-stream through IFLA’s WLIC website, YouTube and Facebook.

IFLA Secretary General, Gerald Leitner said: “Live streaming is just one of many efforts IFLA has undertaken in recent years to intensify worldwide engagement with its members and the global library field, developing a more inclusive way of working that reaches all regions and sectors“. 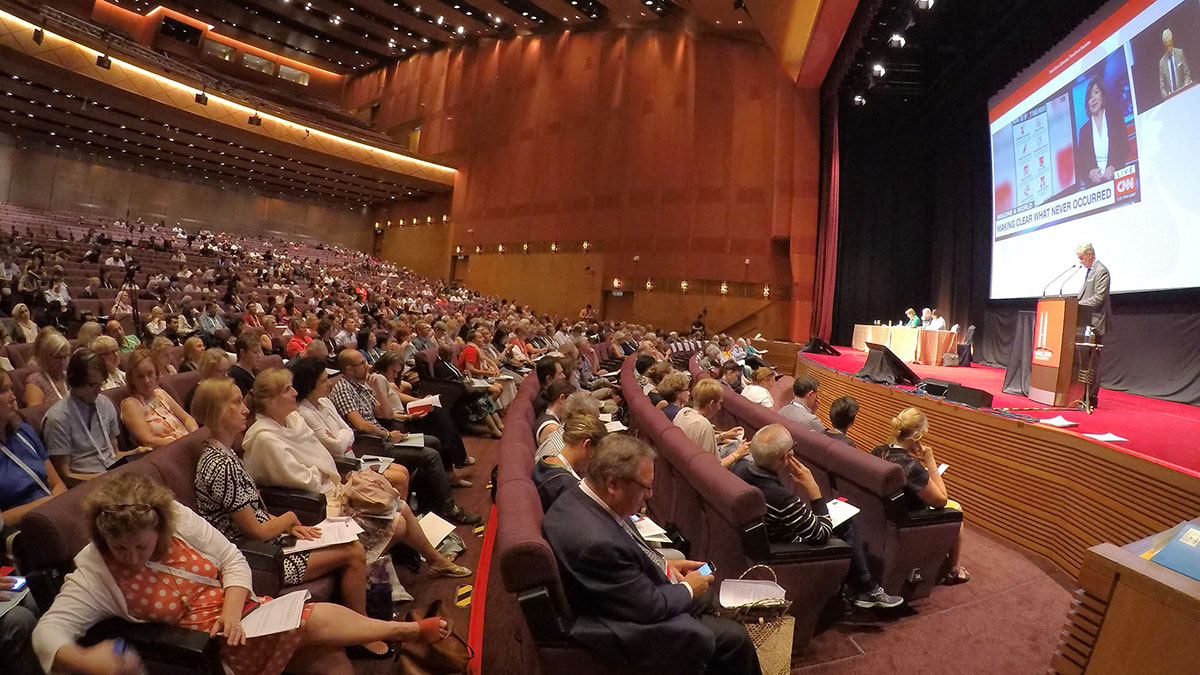 The General Assembly is a crucial moment in the Congress programme. After IFLA Secretary General Gerald Leitner presented his Annual Report of 2017, highlighting the year’s achievements and the promise of the future, Glòria Pérez-Salmerón shared her experience of her first year as IFLA President.

“Libraries do not need to be the victims of change. They can drive the change.”
IFLA President Glòria Pérez-Salmerón

A highlight was the decision by the General Assembly, following discussion, to cut fees for individual affiliates to IFLA. From 2019 onwards, all categories of individual affiliate will benefit from reductions, making it easier for more people across the global library field to strengthen IFLA and its goals. IFLA will share more details shortly.

The closing session of WLIC is a chance to offer thanks to those who have contributed to a stronger library field. The National Committees that organise Congresses play a vital role. The Malaysian National Committee delivered an excellent event, and received warm thanks from IFLA’s President, Secretary General and all present. The outstanding work and contributions of individuals and Professional Units were then recognised through IFLA’s Honours and Awards.

One of the most highly anticipated news at every WLIC is always the announcement where future Congresses will take place. In 2020, IFLA will be going to Auckland, New Zealand Aotearoa. Prime Minister Jacintha Ardern, through a video message, looked forward to welcoming IFLA to its first WLIC in the South Pacific. We can’t wait! 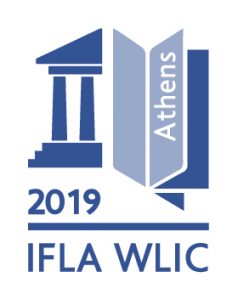 Meanwhile, preparations for next year’s WLIC, to be held in Athens, Greece, are well underway. You can already find out more and register, with the website now live. The event, focused on the theme ‘Libraries: Dialogue for Change’ will provide a new opportunity to learn, share and build a stronger global library field powering literate, informed and participatory societies

Join us, and help us change the world!